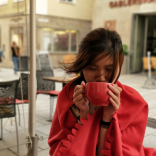 Is he the one you should be exclusively dating?

The joy and excitement when you begin dating someone new. They make you feel wanted and attractive, a feeling hard not to love. Usually, you’d still keep your options open when you first start with someone since you never know whether this will work or not. After a while, you may feel that this might be the one. Some signs might be confusing, but there are some definite signs that you can tell if it’s time to date him exclusively. Answer these questions yourself and see if now is a good time to do so!

1. Has he introduced you to his circle?

You may feel good when you hang out with someone but it’s different when you have to introduce them to your close friends and family. How is he like when he introduces you to the family? Do you get the title of a friend or more? These are all clear signs of what the other person is thinking. He would never introduce you to his circle if you’re just a fling.

Introducing you to the family means things are getting serious for him. At least you’re more than just someone he is casually dating. Now it’s the time for you to think how you want this relationship to go. The sign is here. He wants to be exclusive with you. No guy will let you into his circle if you aren’t the only one in his life right now because it’s too risky as you may find out about other girls.

He is giving you status and a title that you’re his girl. Do ahead and give him the same.

2. Does he include you in his future plans?

Thinking about your future doesn’t mean you have to think about where to get married or how many kids you want to have. Some people just don’t think that far ahead and it doesn’t have to do with whoever they date. As long as they include you in a foreseeable future they have, it means they want to start dating you exclusively.

Making plans isn’t as easy as you might think even if you’re really good at it. He can’t be making a future plan with everyone he sees. Including you in his plans is him telling you he is ready to just have you in his life. What plans he will make with you may differ from person to person, but most likely he will ask you to go on a trip in the summer or see if you want to go on a concert that’s happening in a few months.

You’re safe to begin dating him exclusively when you arrive at this stage in your relationship. You’re no longer just two people that hang out when it’s convenient for both. You start to make plans and reserve time for each other to do some activities together. You want something more from him and he wants something more from you too. It’s a great time to begin dating exclusively.

3. Are you sleeping over a lot and do you have a lot of stuff at his?

Him letting you to leave tons of your stuff at his place means he is ready to give up seeing other girls for you. Most girls will think he has a girlfriend when they see a lot of girl stuff in his apartment so a guy that’s only in it for something casual would never let you do that. He is giving you the status that you two are becoming a unit.

However, try not to confuse it with moving in with him. Don’t think that since you’re staying over a lot you can just ask if you can move in together. That’s a whole different matter. Even people in a committed relationship may not be ready to move in due to various reasons. At this point, you can only be certain that he is ready to date you exclusively and you can establish a proper relationship with him. Don’t push it and take it too far.

4. What should I do after I’ve decided to date him exclusively?

First, congratulations. Now that you’ve established your relationship status, it’s time to make it official. If you’re seeing guys other than him, you need to tell all of them that you have a boyfriend now and can only have them as friends, if you don’t want to completely cut them out of your life. Definitely make it clear and don’t lead anyone on, thinking that they might have a chance when they don’t.

10 Obvious Signs on When to Leave a Relationship

Honesty is the key now. You need to be honest to your boyfriend and don’t hide things from him, things that you think he might not like. Communication is important. Don’t go offline for 24 hours and only reply when you feel like it. You take on more responsibilities when you begin exclusive dating with someone. Don’t think that you have to report to someone your whereabouts, think of it as you need to not let your boyfriend worry that you might be dead in a ditch.

Relationships are mutual. You should try to include him in your life as much as he includes you in his. He has tried to bring you into his circle and you should try to do the same for him. Let your friends and family know you’re dating this wonderful guy. Don’t hide him because it would only look like you don’t think he is worthy.

Stay positive and picture him as your other half. Think about his feelings too when you make a decision. Don’t just stand up and say you will go backpacking in Europe alone for 6 months without him. Discuss everything together like a team and you will see it’s a beautiful thing to have someone with you by your side.

It’s easy to be confused with all the signs. Sometimes it seems like he wants to date you exclusively and sometimes it seems like he doesn’t care too much. Not knowing when to begin exclusive dating with him is something that has happened to us all. Worry no more, with all the signs above, now you can clearly tell if he is in it for real. If so, good for you! Take the chance and see how this relationship goes. If not, now it’s a good chance to leave so you can start searching for the next guy.

What Can You Pick Up From A Pole Dancing Class